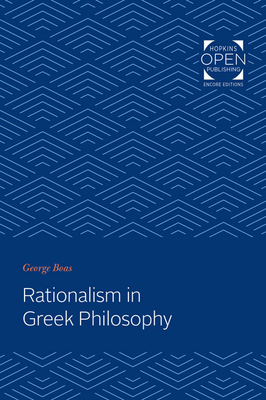 Originally published in 1961. Greek philosophers were concerned with the distinction between appearance and reality, and all the differences in their philosophic systems were ultimately predicated on their different views of this distinction. The history of Greek rationalism is, then, a study of the changing basis of Greek philosophy. George Boas provides a historical account of rationalism in classical philosophy. He focuses on four central topics: the distinction between appearance and reality, the method used to establish the distinction, the appraisal of life made by the philosophers studied, and their ethical theories.

George Boas (1891-1980) was a professor of philosophy at Johns Hopkins University.