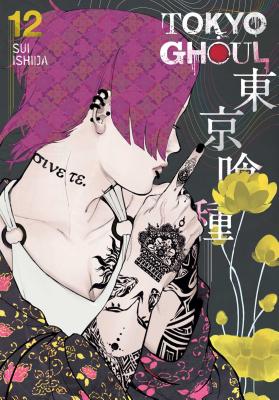 This is book number 12 in the Tokyo Ghoul series.

The 4th Ward falls under attack by Assistant Special Investigator Arima of the Commission of Counter Ghoul. Amon finds a connection between the CCG and an underground lab seemingly designed to research turning humans into Ghouls. And an old partnership re-forms that could spell trouble for the 20th Ward.
Sui Ishida was born in Fukuoka, Japan. He is the author of Tokyo Ghoul and several Tokyo Ghoul one-shots, including one that won him second place in the Weekly Young Jump 113th Grand Prix award in 2010. Tokyo Ghoul began serialization in Weekly Young Jump in 2011 and was adapted into an anime series in 2014.