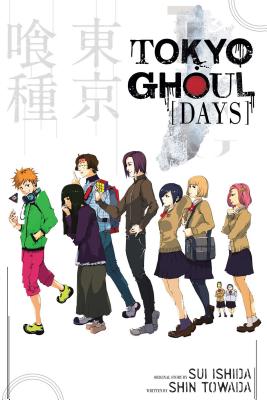 Explore the world of Tokyo Ghoul with these prose fiction spin-offs!

In the café Anteiku, where Ghouls gather, danger and the possibility of discovery loom. Yoshimura, the café’s owner, is harboring suspicions about a certain someone. What sort of darkness will that person bring to those who hunt and those who are hunted? This book chronicles six all-new stories from the Tokyo Ghoul universe.
Sui Ishida was born in Fukuoka, Japan. He is the author of Tokyo Ghoul and several Tokyo Ghoul one-shots, including one that won him second place in the Weekly Young Jump 113th Grand Prix award in 2010. Tokyo Ghoul began serialization in Weekly Young Jump in 2011 and was adapted into an anime series in 2014.