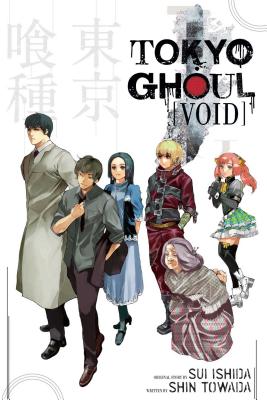 By Sui Ishida (Created by), Shin Towada, Morgan Giles (Translated by), Kevin Frane (Other adaptation by)

This is book number 2 in the Tokyo Ghoul Novels series.

Explore the world of Tokyo Ghoul with these prose fiction spin-offs!

After the unprecedented raid on the Ghoul detention center by The Aogiri Tree organization, the Commission of Counter Ghoul is working to tighten security across the twenty-three wards. However, some Ghouls begin to cause unrest in the 8th Ward, continuing the cycle of retaliation between human and Ghoul. And what of Kaneki after he left the 20th Ward? This second novel depicts the aftermath six months after the 11th Ward occupation.
Sui Ishida was born in Fukuoka, Japan. He is the author of Tokyo Ghoul and several Tokyo Ghoul one-shots, including one that won him second place in the Weekly Young Jump 113th Grand Prix award in 2010. Tokyo Ghoul began serialization in Weekly Young Jump in 2011 and was adapted into an anime series in 2014.