The Hidden Life of Wolves (Hardcover) 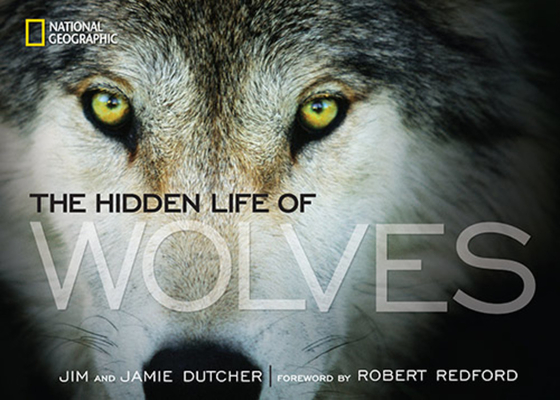 The Hidden Life of Wolves (Hardcover)


Backordered
For conservationists and lovers of animals, nature, and especially dogs, this National Geographic book shares the surprising understanding of wild wolves gained over six years the authors spent living intimately with them. Delve into Jim and Jamie Dutcher's amazing wolf photography documenting a pack of wolves at the edge of Idaho's Sawtooth Wilderness, illuminating their complex social hierarchy. Here is the alpha pair, leaders of the pack, often the only couple that mate. Here are the pups, born with eyes shut in the spring, tousled by their mother through the first six weeks of life. Here is the omega wolf, lowest ranking wolf in the pack, whose subservience, often playful, alleviates pack tension. Here are moments of cooperation and moments of snarling dominance, moments of communication and affection. Here, too, are heartwarming moments of connection between the Dutchers and the wolves, caught in pictures that remind us how close the links are between wolves in the wild and the beloved family dog.

Short chapters introduce the wolves as individuals, describe the Dutchers' years of coming to know them, and address the complex conservation issues surrounding the near-extinction and now replenishment of the species in the wild. Sidebars explore myths about wolves, including Native American spirit stories, European fairy tales, and modern ranching hearsay.
JIM DUTCHER is an Emmy Award-winning filmmaker and cinematographer whose extraordinary camerawork has led audiences into places never before filmed: inside beaver lodges, down burrows to peek at wolf pups, and into the secret life of a mother mountain lion. His work includes the National Geographic special, A Rocky Mountain Beaver Pond, and ABC World of Discovery's two highest-rated films, Cougar: Ghost of the Rockies, and Wolf: Return of a Legend. JAMIE DUTCHER, Jim's wife and co-producer, has worked in the animal hospital of the National Zoo in Washington, D.C., bringing her knowledge of animal husbandry and medical care to film and enabling her to quickly gain access to the sensitive and secret inner lives of wolves. The author lives in Idaho.
“Ever since, as a child, I read about Romulus and Remus and Rudyard Kipling’s Jungle Book, I have been in love with wolves. This exciting book will help their cause—they deserve our concern and our protection.” —Jane Goodall

“An inspired account. The return of the gray wolf is a proud moment in the history of our American lands.” —Bruce Babbitt, former U.S. Secretary of the Interior

"The Dutchers are known for their world-class photography, and this volume does not disappoint…the mystery and awe that wolves have always evoked in humans is conveyed in crisp, color images. The photos are at once beautiful, startling and mesmerizing." —Bill Cannon, former editor-in-chief of Motor Age Magazine

"The photography is stunningly beautiful and the insights that Jim and Jamie Dutcher share with us opens a world of understanding into wolf behavior." —Apogee Photo Magazine

"A richly layered work that speaks to the intricate and controversial relationship between wolves and humans." --The Oregonian

“A richly layered work that speaks to the intricate and controversial relationship between wolves and humans.” --Oregon Live