Energy, the Modern State, and the American World System (Hardcover) 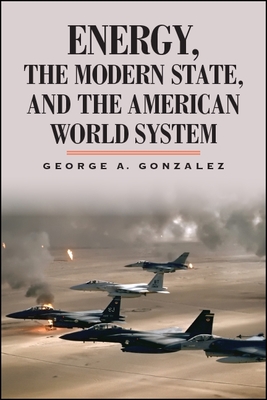 Energy, the Modern State, and the American World System (Hardcover)

By George A. Gonzalez


Special Order—Subject to Availability
In this provocative and original study, George A. Gonzalez argues that the relationship between energy and the state, as well as global politics, has become more and more deeply intertwined, reaching something of a crescendo with the global hegemony of Pax Americana in the twentieth and early twenty-first centuries. He presents a clear and concise case for viewing the modern state as the collaborative and affirmative union of capitalism and political authority in a setting where energy resources, be it wind, coal, or oil, provide the basis for the relatively inexpensive projection of political power. More broadly, energy serves as the foundation of the modern economy and, because of this, a prime function of the modern state is ensuring access to cheap, reliable sources to power and grow the economy. Historically, energy is more of a zero-sum resource than capital, markets, labor, or technology, and thus is a greater source of geopolitical tension and violence. Energy politics, and by extension international politics is, moreover, shaped by domestic corporate elites, especially those within the United States.
George A. Gonzalez is Professor of Political Science at the University of Miami and the author of many books, including Energy and Empire: The Politics of Nuclear and Solar Power in the United States and Energy and the Politics of the North Atlantic, both also published by SUNY Press.