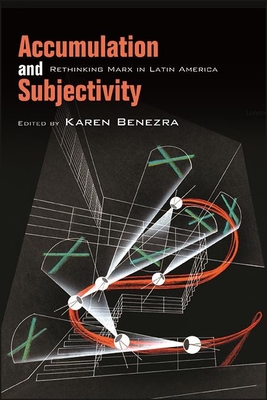 
Not On Our Shelves—Ships in 1-5 Days
(This book cannot be returned.)
Since the 1970s, sociocultural analysis in Latin American studies has been marked by a turn away from problems of political economy. Accumulation and Subjectivity challenges this turn while reconceptualizing the relationship between political economy and the life of the subject. The fourteen essays in this volume show that, in order to understand the dynamics governing the extraction of wealth under contemporary capitalism, we also need to consider the collective subjects implied in this operation at an institutional, juridical, moral, and psychic level. More than merely setting the scene for social and political struggle, Accumulation and Subjectivity reveals Latin America to be a cauldron for thought for a critique of political economy and radical political change beyond its borders. Combining reflections on political philosophy, intellectual history, narrative, law, and film from the colonial period to the present, it provides a new conceptual vocabulary rooted in the material specificity of the region and, for this very reason, potentially translatable to other historical contexts. This collection will be of interest to scholars of Marxism, Latin American literary and cultural studies, and the intellectual history of the left.