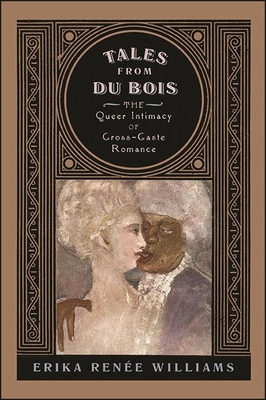 
Not On Our Shelves—Ships in 1-5 Days
(This book cannot be returned.)
Tales from Du Bois brings together critical race theory, queer studies, philosophy, and genre theory to offer an illuminating new comprehensive study of W. E. B. Du Bois's fiction from 1903-1928. Erika Ren e Williams begins by revisiting Du Bois's tale of being rebuffed by a white female classmate in The Souls of Black Folk, identifying it as a failure of what she calls "cross-caste romance"-a sentimental, conjugal, or erotic relation projected across lines of cultural difference. In Du Bois's text, this failure figures as the cause of double consciousness, the experience of looking at oneself through the eyes of others. Far from being unique to Souls, the trope of cross-caste romance, Williams argues, structures much of Du Bois's literary oeuvre. With it, Du Bois queries romance's capacity to ground nationalism, on the one hand, and to foment queer forms of Afro-Diasporic reclamation and kinship, on the other. Beautifully written and deftly argued, Tales from Du Bois analyzes familiar works like Souls and Dark Princess alongside neglected short fiction to make a case for the value of Du Bois's literary writing and its centrality to his thought more broadly.