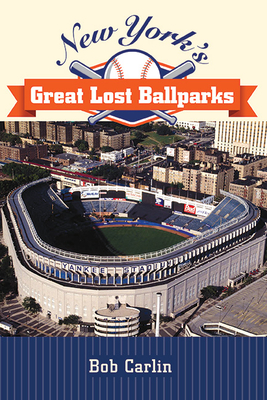 
Not On Our Shelves—Ships in 1-5 Days
New York's Great Lost Ballparks tells the story of New York playing grounds and ballparks of yesteryear. Organized by region and city, the book includes a complete list of New York's historic ballparks in an easy-to-read guidebook format. Each listing includes the name and location of the park, the years in operation, the names of the professional clubs that called it their home, the park's seating capacity, and a Fun Fact or two that distinguishes each locale. More famous ballparks include an extended history that examines the importance of the field in the annals of the game. The book is richly illustrated with historic photos of the parks and players and ten maps of key locations (including New York City's boroughs). Special attention is given to locales that hosted the Negro League and all-women teams.
Bob Carlin is an author, researcher, and radio and record producer. His many books include Banjo: An Illustrated History.