The Africa Cookbook: Tastes of a Continent (Paperback) 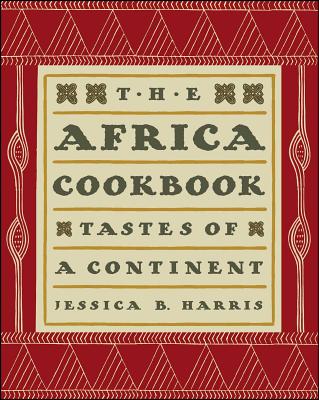 The Africa Cookbook: Tastes of a Continent (Paperback)

By Jessica B. Harris


Not On Our Shelves—Ships in 1-5 Days
With more than two hundred traditional and contemporary recipes, The Africa Cookbook is a unique window into the long culinary history of a diverse continent.

From the savory stews of the western savannah to the curries and chutneys of the Swahili coasts, prominent scholar Jessica Harris has assembled a collection of recipes that reflects the modern innovations and rich heritage of kitchens across Africa. Potatoes with Mint Leaves and Garlic from Algeria and Senegal’s classic Theibou Dienn are among the many flavorful dishes that offer a change of pace for contemporary North Americans. Illustrated with archival photographs and peppered with history and anecdote, The Africa Cookbook is a celebration of cultures and individuals whose contributions to the way we eat have long been ignored.
Jessica B. Harris holds a PhD from NYU, teaches English at Queens College, and lectures internationally. The author of the memoir My Soul Looks Back as well as twelve cookbooks, her articles have appeared in Vogue, Food & Wine, Essence, and The New Yorker, among other publications; she has made numerous television and radio appearances and has been profiled in The New York Times. Considered one of the preeminent scholars of the food of the African Diaspora, Harris has been inducted into the James Beard Who’s Who in Food and Beverage in America, received an honorary doctorate from Johnson & Wales University and recently helped the Smithsonian Museum of African American History and Culture to conceptualize its cafeteria.
"I like the way Jessica Harris thinks, I very much like the way she writes, and I am a great admirer of the way she cooks. This book is valuable to all thinking, writing cooks."
--Maya Angelou

"Harris is an entertaining and informative writer who has traveled throughout Africa for three decades, and this book is worth the price for her narrative alone." --The Chicago Tribune