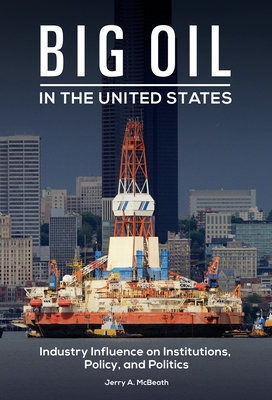 By Jerry A. McBeath

Big oil is the leading factor in U.S. energy politics today; the largest oil-producing companies also constitute a formidable force and interest group in American politics. This book examines why oil is so important and how the prominence of huge corporations--often working in the absence of countervailing forces--has affected government institutions, policy (with a focus on energy policy), and politics in the United States.

Analyzing big oil's influence on political outcomes, particularly through campaign contributions and lobbying, this book shows how strong corporate power affects political participation. The book documents how the influence of big oil flows in all directions, intricately connecting U.S. policies at all levels--foreign policy, federal, state, and even local--regarding oil exploration, development, production, and transportation. Readers will come away with a clear understanding of how these multi-tiered relationships between oil corporations and governments work to the advantage of corporations--and to the disadvantage of states and the citizens they represent.

Jerry A. McBeath is professor of political science emeritus at the University of Alaska Fairbanks.