The Dimensions of Hegel's Dialectic (Continuum Studies in Philosophy #60) (Hardcover) 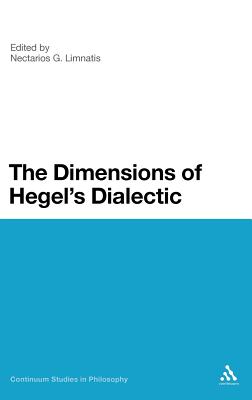 The Dimensions of Hegel's Dialectic (Continuum Studies in Philosophy #60) (Hardcover)

The Dimensions of Hegel's Dialectic examines the epistemological import of Hegelian dialectic in the widest sense. In modern philosophy, German idealism, Hegel in particular, is said to have made significant innovative steps in redefining the meaning, scope and use of dialectic. Indeed, it is dialectic that makes up the very core of Hegel's position, yet it is an area of his thought that is widely neglected by the available literature despite the increased interest in Hegel's philosophy in recent years.

This book brings together an international team of expert contributors in a long-overdue discussion of Hegelian dialectic. Twelve specially commissioned essays address the task of making sense and use of Hegel's dialectic, which is fundamental not only for historical and hermeneutic reasons, but also for pragmatic ones; a satisfactory response to this challenge has the power to clarify Hegel's legacy in the current debate. The essays situate the dialectic in the context of German idealism with a clear-sighted elucidation of the problems that Hegel's dialectic is called upon to solve.
Nectarios G. Limnatis is Adjunct Professor of Philosophy at Hofstra, USA. His previous publications include German Idealism and the Problem of Knowledge: Kant, Fichte, Schelling, and Hegel (Dordrecht: Springer, 2008).