Hegel and the Analytic Tradition (Continuum Studies in Philosophy #53) (Paperback) 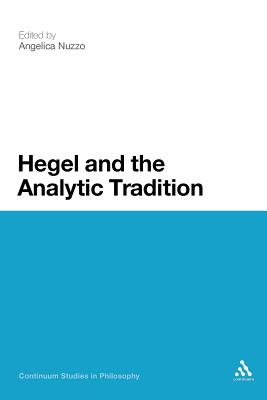 Hegel and the Analytic Tradition (Continuum Studies in Philosophy #53) (Paperback)

Offering one of the first initiatives of reconciliation between the analytic and continental philosophical traditions, this important collection of original essays offers a new perspective on Hegel's philosophy within the context of some of the themes central to current discussion.
Placing Hegel at the intersection between continental and analytic philosophy, the book presents an indispensible guide to the most current contemporary debates and to an emerging topic within Hegel studies. Analytic philosophy has long been held to consider Hegel its b te noir. Yet in fact Hegel and analytic philosophy converge on some crucial issues, which suggests that, although analytic philosophy initially declared its anti-Hegelianism, it is in fact nourished of Hegelian themes and defended through Hegelian concepts.
The essays in this volume address this apparent paradox, offering 'analytic' readings of Hegel, Hegelian readings of the analytic tradition, historical explorations of Hegel's confrontation with Kant and of the analytic tradition's debt to Hegel, and new interpretations of Hegelian texts.

Angelica Nuzzo is Professor of Philosophy at the Graduate Center and Brooklyn College, CUNY, USA. Her previous publications include Ideal Embodiment: Kant's Theory of Sensibility (Indiana UP, 2008) and Kant and the Unity of Reason (Purdue UP, 2005).