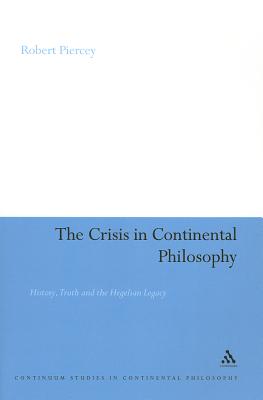 
Not On Our Shelves—Ships in 1-5 Days
(This book cannot be returned.)
Continental philosophy has traditionally seen philosophy as historical, claiming that there are no new beginnings in the discipline, and that we must revisit the work of earlier thinkers again and again. Yet, continental philosophers rarely argue explicitly for their view of philosophy's past, and the discussions of the topic that exist tend to be riddled with confusion. Here, Robert Piercey asks why, and explores what the continental tradition must do to come to terms with this crisis. Piercey traces the confusion about history back to Hegel, who he argues sends a mixed message about historical thinking, one that is later adopted by Heidegger and then passed on to his successors. In addition to telling the story of this crisis, Piercey offers an account of historical thinking that does not lead to the difficulties that currently plague the continental tradition. The result is a highly original look at the development of continental thought and the nature of philosophy's historical turn.
Robert Piercey is Associate Professor of Philosophy at Campion College at the University of Regina, Canada.