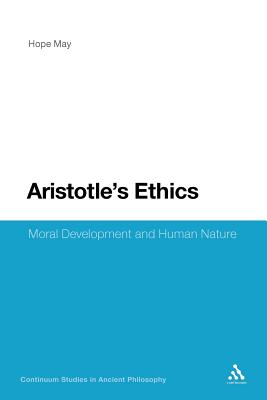 Aristotle's Nicomachean Ethics is devoted to the topic of human happiness. Yet, although Aristotle's conception of happiness is central to his whole philosophical project, there is much controversy surrounding it. Hope May offers a new interpretation of Aristotle's account of happiness - one which incorporates Aristotle's views about the biological development of human beings. May argues that the relationship amongst the moral virtues, the intellectual virtues, and happiness, is best understood through the lens of developmentalism. On this view, happiness emerges from the cultivation of a number of virtues that are developmentally related. May goes on to show how contemporary scholarship in psychology, ethical theory and legal philosophy signals a return to Aristotelian ethics. Specifically, May shows how a theory of motivation known as Self-Determination Theory and recent research on goal attainment have deep affinities to Aristotle's ethical theory. May argues that this recent work can ground a contemporary virtue theory that acknowledges the centrality of autonomy in a way that captures the fundamental tenets of Aristotle's ethics.