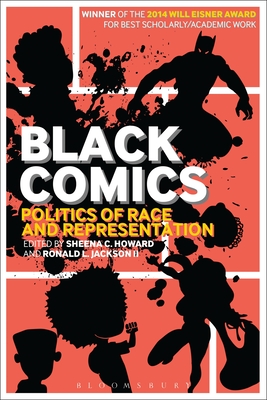 Winner of the 2014 Will Eisner Award for Best Scholarly/Academic Work.

Bringing together contributors from a wide-range of critical perspectives, Black Comics: Politics of Race and Representation is an analytic history of the diverse contributions of Black artists to the medium of comics. Covering comic books, superhero comics, graphic novels and cartoon strips from the early 20th century to the present, the book explores the ways in which Black comic artists have grappled with such themes as the Black experience, gender identity, politics and social media.

Black Comics: Politics of Race and Representation introduces students to such key texts as:
The work of Jackie Ormes
Black women superheroes from Vixen to Black Panther
Aaron McGruder's strip The Boondocks
Sheena C. Howard is Assistant Professor at Rider University, USA. Ronald L. Jackson II is Dean of McMicken College of Arts and Sciences at the University of Cincinnati, USA. His many previous publications include The Negotiation of Identity and Scripting the Black Masculine Body.