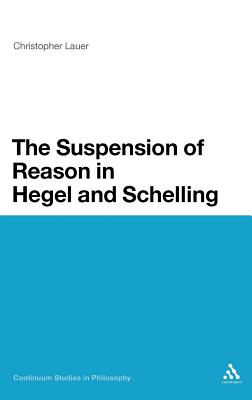 In this rigorous historical analysis, Lauer challenges traditional readings that have reduced two of German idealism's most important thinkers to opposing caricatures: Hegel the uncompromising systematist blind to the novelty and contingency of human life and Schelling the protean thinker drawn to all manner of pseudoscientific charlatanry. Bringing together recent scholarship that is just beginning to realise Schelling's centrality in the overthrow of metaphysics and Hegel's openness to diversity and innovation, this book shows that both thinkers can be read as contributing to the Kantian project of showing both the utter necessity and the limitations of reason.

In readings of texts spanning each thinker's career, Lauer shows that animating much of Hegel and Schellings' most passionate work is their recognition of the need neither for a canonization of reason nor for its overthrow, but for its 'suspension'. Their lifelong willingness to revisit both their definitions of reason and their accounts of its role in philosophy give these discussions a vitality and depth that few in the history of philosophy can match.
Christopher Lauer is Lecturer in Philosophy at Penn State University, USA.