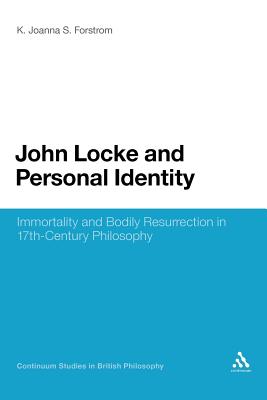 
Not On Our Shelves—Ships in 1-5 Days
(This book cannot be returned.)
One of the most influential debates in John Locke's work is the problem of personal identity over time. This problem is that of how a person at one time is the same person later in time, and so can be held responsible for past actions. The time of most concern for Locke is that of the general resurrection promised in the New Testament. Given the turbulence of the Reformation and the formation of new approaches to the Bible, many philosophers and scientists paid careful attention to emerging orthodoxies or heterodoxies about death. Here K. Joanna S. Forstrom examines the interrelated positions of Rene Descartes, Thomas Hobbes, Henry More and Robert Boyle in their individual contexts and in Locke's treatment of them. She argues that, in this way, we can better understand Locke and his position on personal identity and immortality. Once his unique take is understood and grounded in his own theological convictions (or lack thereof), we can better evaluate Locke and defend him against classic objections to his thought.
K. Joanna S. Forstrom is Associate Professor of Philosophy at Spring Hill College, Alabama, USA. She has a PhD in Philosophy from Washington University in St Louis, USA.