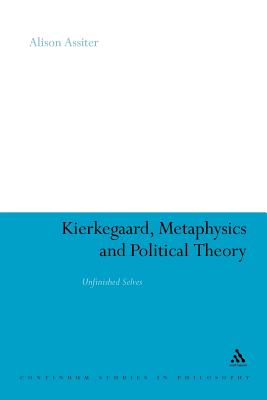 
Not On Our Shelves—Ships in 1-5 Days
(This book cannot be returned.)
Alison Assiter argues that the notion of the person that lies at the heart of the liberal tradition is derived from a Kantian and Cartesian metaphysic. This metaphysic, according to her, is flawed and it permeates a number of aspects of the tradition. Significantly it excludes certain individuals, those who are labelled 'mad' or 'evil'. Instead she offers an alternative metaphysical image of the person that is derived largely from the work of Kierkegaard. Assiter argues that there is a strand of Kierkegaard's writing that offers a metaphysical picture that recognises the dependence of people upon one another. He offers a moral outlook, derived from this, that encourages people to 'love' one another. Inspired by Kierkegaard, Assiter goes on to argue that it is useful to focus on needs rather than rights in moral and political thinking and to defend the view that it is important to care about others who may be far removed from each one of us. Furthermore, she argues, it is important that we treat those who are close to us, well.
Alison Assiter is Professor of Feminist Theory at the University of the West of England, UK. Her previous publications include The Limitations of Althusserianism, Pluto Press, 1990 Enlightened Women, Routledge, 1996 and Revisiting Universalism (Palgrave Macmillan, 2003).