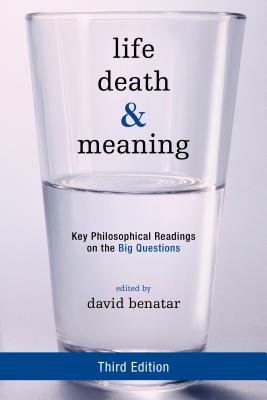 
Not On Our Shelves—Ships in 1-5 Days
Do our lives have meaning? Should we create more people? Is death bad? Should we commit suicide? Would it be better to be immortal? Should we be optimistic or pessimistic? Since Life, Death, and Meaning: Key Philosophical Readings on the Big Questions first appeared, David Benatar's distinctive anthology designed to introduce students to the key existential questions of philosophy has won a devoted following among users in a variety of upper-level and even introductory courses. While many philosophers in the continental tradition--those known as existentialists--have engaged these issues at length and often with great popular appeal, English-speaking philosophers have had relatively little to say on these important questions. Yet, the methodology they bring to philosophical questions can, and occasionally has, been applied usefully to existential questions. This volume draws together a representative sample of primarily English-speaking philosophers' reflections on life's big questions, divided into six sections, covering (1) the meaning of life, (2) creating people, (3) death, (4) suicide, (5) immortality, and (6) optimism and pessimism. These key readings are supplemented with helpful introductions, study questions, and suggestions for further reading, making the material accessible and interesting for students. In short, the book provides a singular introduction to the way that philosophy has dealt with the big questions of life that we are all tempted to ask.
David Benatar is professor of philosophy at the University of Cape Town, South Africa.