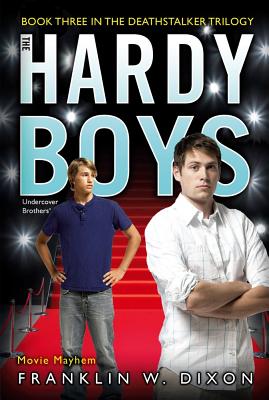 Frank and Joe Hardy have been posing as extras on the set of the upcoming teen movie, Deathstalker. The star, an ingenue named Anya, has already had her trailer burn down, and the Undercover Brothers had their work cut out for them keeping her safe at a comic book convention. But though the threats haven’t stopped, the filming has begun and enough is enough: It’s time to get to the bottom of who’s behind all the movie mayhem—and the Undercover Brothers will do just that in the conclusion to this thrilling trilogy!
Franklin W. Dixon is the author of the ever-popular Hardy Boys books.