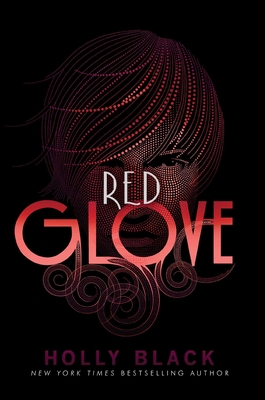 This is book number 2 in the The Curse Workers series.

The cons get craftier and the stakes rise ever higher in the riveting sequel to White Cat—now in paperback!

After rescuing his brothers from Zacharov’s retribution and finding out that Lila, the girl he has loved his whole life, will never, ever be his, Cassel is trying to reestablish some kind of normalcy in his life. That was never going to be easy for someone from a worker family that’s tied to one of the big crime families—and whose mother’s cons get more reckless by the day. But Cassel is coming to terms with what it means to be a transformation worker, and he’s figuring out how to have friends.

Except normal doesn’t last very long. Soon Cassel is being courted by both sides of the law and is forced to confront his past—a past he remembers only in scattered fragments, and one that could destroy his family and his future. Cassel will have to decide whose side he wants to be on, because neutrality is not an option. And then he will have to pull off his biggest con ever to survive….
Holly Black is the #1 New York Times bestselling and award-winning author of speculative and fantasy novels, short stories, and comics. She has been a finalist for an Eisner and a Lodestar Award, and the recipient of the Mythopoeic and Nebula Awards and a Newbery Honor. She has sold over twenty-six million books worldwide, and her work has been translated into over thirty languages and adapted for film. She currently lives in New England with her husband and son in a house with a secret library. Visit her at BlackHolly.com.

"Dark, disturbing fare, crafted by a master; readers of the trilogy's first will be supremely satisfied."--Kirkus Reviews

"Readers will be happy to slip back into Black’s elaborate, fascinating world of workers, curses, and the seeming ease with which everyone has learned to live in a world where no one, not even family, can be truly trusted, and this sequel offers satisfying additional glimpses into this nearly familiar but ultimately shockingly different world."--Bulletin of the Center for Children's Books

"The Curse Workers series continues to offer a sleek and stylish blend of urban fantasy and crime noir."--Booklist