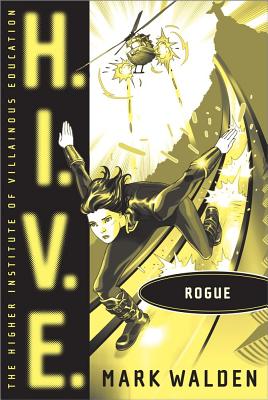 Could H.I.V.E. have finally turned Otto Malpense into an evil super-villain?

The leaders of the world’s villainous forces are being picked off one by one in a series of mysterious attacks, and when Dr. Nero finds out it is Otto who’s behind them, he has no choice but to issue a “capture or kill” order. Raven and Wing are desperate to save their friend and soon find themselves in a danger-filled race against time to track Otto down before other assassins get to him. Their pursuit takes them to a secret facility hidden deep within the Amazon rain forest, where they face a deadly mysterious operative.
Meanwhile, back at the Higher Institute of Villainous Education, the school’s own automated defense systems turn against the pupils and staff of H.I.V.E.—and there is no one there to stop them….
Mark Walden spent a decade as a video game designer and producer before becoming a fulltime writer and father. He has a BA in English literature and an MA in 20th-century literature, film, and television, both from Newcastle University. He is the author of the H.I.V.E. series and the Earthfall Trilogy and lives with his family in the United Kingdom.