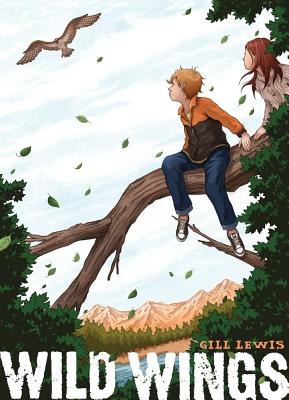 
In Stock—Click for Locations
This “vividly imagined and well-written novel” (Booklist, starred review) tells a gripping story about a boy from Scotland and a girl from West Africa who join together to save a migrating Osprey—and end up saving each other.

When Callum spots crazy Iona McNair on his family’s sprawling property, she’s catching a fish with her bare hands. She won’t share the fish, but does share something else: a secret.
She’s discovered a rare endangered bird, an Osprey, and it’s clear to both her and Callum that if anyone finds out about the bird, it, and its species, is likely doomed. Poachers, egg thieves, and wild weather are just some of the threats, so Iona and Callum vow to keep track of the bird and check her migratory progress using the code a preservationist tagged on her ankle, no matter what.
But when one of them can no longer keep the promise, it’s up to the other to do it for them both. No matter what. Set against the dramatic landscapes of Scotland and West Africa, this is a story of unlikely friendships, the wonders of the wild—and the everyday leaps of faith that set our souls to flight.
Gill Lewis is the author of the critically acclaimed Wild Wings and One White Dolphin, both winners of the Green Earth Book Award, as well as Moon Bear, Gorilla Dawn, and Scarlet Ibis. A veterinarian, her love of animals and the natural world plays a big part in her writing. She lives in the UK.

Though Callum first sees Iona as an intruder on his family’s farmland, she reveals a secret that overcomes his reluctance to befriend her: she’s discovered a rare osprey aerie. For months, they watch a pair of raptors and their chicks until it’s nearly time for the birds’ migration to Africa. Keeping his closeness with Iona as deep a secret as the endangered ospreys’ nest, Callum begins to draw away from his other friends at school. After a shocking event, he gradually learns not only that he needs them, but also that he can depend on them and the rest of his village community more than he knew. Set in contemporary Scotland, this engaging novel is built on a solid foundation of characters who respond realistically to people and experiences. Even the minor characters are well drawn and convincing, and the interplay of individuals from different generations is portrayed with unusual finesse. A strong ecological theme runs through the novel, as the characters together work to protect one of the ospreys, even tracking an electronically tagged bird’s journey to Africa and finding allies to rescue her when she’s in danger. Full-page drawings, not seen in final form, will illustrate this vividly imagined and well-written novel.

Striving to protect the osprey nesting on his family’s farm in Scotland, 11-year-old Callum McGregor watches the bird throughout summer, uses a computer to follow her migration to Africa and sets in motion a remarkable chain of events. This rich, moving tale begins with a shared secret: It was classmate Fiona McNair who found the nest. When the bird is snagged in fishing line high in her pine, the circle expands to include Callum’s sheep-farming family and a ranger from a nearby preserve. When she migrates, Callum and friends Rob and Euan track her through the transmitter she carries on her back. When her signal disappears in a Gambian mangrove forest, 10-year-old Jeneba, hospitalized with broken legs, mobilizes the fishermen of her village and a visiting American doctor to rescue and rehabilitate her. Eventually—and entirely naturally—the bird’s story reaches around the world. The suspenseful story line is surrounded with precise details: the Scottish landscape, osprey behavior, the work of a sheepdog and the joy and pain of riding a trail bike. Short chapters, some with cliffhanging endings, will read aloud well. Callum’s first-person narrative is occasionally paralleled by the osprey’s own experience, as Callum imagines it. With universal themes of life and death, friendship and respect for the natural world, this is still quite particular, a powerfully memorable story of a boy’s grief and determination to keep a promise. - KIRKUS, March 1, 2011 *STAR

Written by Gill Lewis and illustrated by Yuta Onada

The worlds of two villages in Scotland and the Gambia intersect through modern technology and the determined efforts of children to save an injured osprey. When 11-year-old Iona moves in with her elderly grandfather, who is considered a "nutter," most children ostracize her. But an unlikely friendship develops between Iona and her classmate Callum after she shares her discovery of an osprey nest on his farm. Knowing ospreys are endangered, they keep Iris's existence secret until a fishing line entangles her, forcing them to seek help. A naturalist saves Iris and tags her, allowing the children to track her flight from Scotland to Africa online. In her first novel, picture book author Lewis (The Most Precious Thing) deftly explores painful divisions within friendships and communities, which lead to broken relationships and unexpected tragedies, as well as surprising connections made across barriers of culture and distance when one person's passion inspires acts of generosity, kindness, friendship, and hope. Callum narrates most of the story, though several short chapters share Iris's perspective in this unsentimental and powerfully moving tale. Final art not seen by PW. Ages 8–12.