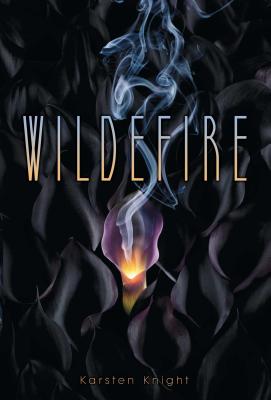 
Special Order—Subject to Availability
Every flame begins with a spark.

Blackwood Academy was supposed to be a fresh start for Ashline Wilde. A secluded boarding school deep in the heart of California’s redwood forests, three thousand miles from her old life—it sounded like the new beginning she needed after an act of unspeakable violence left a girl in her hometown dead. But Blackwood is far from the peaceful haven Ashline was searching for. Because terrifying, supernatural beasts roam the forests around campus. Because the murderer from Ashline’s hometown—her own sister—has followed her across the country. Because a group of reincarnated gods and goddesses has been mysteriously summoned to Blackwood...and Ashline’s one of them.
Karsten Knight has been writing since the age of six, when he completed his first masterpiece: a picture book series about an adventurous worm. In the two decades that have followed, Karsten has worked as a proofreader, a bookseller, and a college admissions counselor before he finally decided that his true calling was to be a volcano goddess biographer. He lives in Boston, and for more information or to watch his video blog, visit KarstenKnightBooks.com.