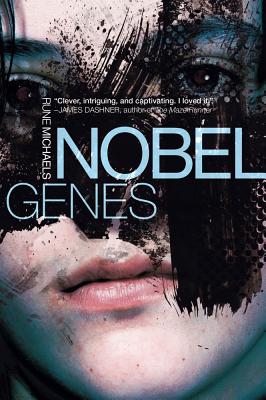 
Special Order—Subject to Availability
It's tough to measure up to your parents' expectations. Imagine how much harder it would be if your mother told you that your biological father—whom you'd never met—was a Nobel prize-winning genius? NOBEL GENES is the story of just such a boy. His life consists of a series of halves; his genes are half from a donor bank that featured Nobel winners. After years of testing and tutoring, he only lives up to his mother's expectations halfway. He spends half his time sharing in his mother’s manic ups and the other half in her depressive downs. And he always has to be half-awake in the middle of the night so that when his mother wakes up and plays with her pills, he can count them and make sure the proper amount are still there before he goes to sleep.

Perhaps him being a “Nobel son” is a dream. Or a hope. Or a delusion. No matter what it is to his mother, it becomes devastation when he learns that his genius history is a lie. And once the truth is revealed, there is no going back. Even when he thought he discovered the most important truth, in his dreams, he finds one answer that he never imagined. Does it matter who you come from? Or are we all just made from dust?
Rune Michaels studied psychology at the University of Iceland and at the University of Copenhagen. Her books include Genesis Alpha, The Reminder, and Nobel Genes. She lives with her family in Reykjavik, Iceland.

“Clever, intriguing, and captivating. I read it in one sitting and will be thinking about it for a long time. . . . I loved it.” —James Dashner, author of The Maze Runner

"Michaels explores dark themes with ruthless honesty. The narrative is spare, the characters are beautifully portrayed as multifaceted individuals, and the premise is grim and wholly plausible. YA novels about mental illness are not uncommon, but this one of a child who seems anonymous to the outside world, who is never named by the author, and whose fate isn't ultimately wrapped up in a tidy bow will leave readers unsettled. Hand this to teens who like Chris Crutcher and Ellen Hopkins..." - School Library Journal

Michaels (The Reminder) makes effective use of first-person narration to give readers a highly believable protagonist and a riveting, from-the-trenches look at what it is like to live with a parent who suffers from a serious mental illness. - PW, August 2, 2010