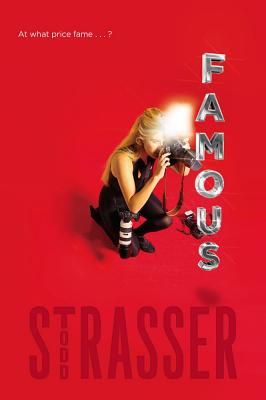 
Special Order—Subject to Availability
A teenage paparazzo makes a dangerous discovery in this timely look at celebrity “that is likely to be snapped up and make a lasting impression” (School Library Journal).

All Jamie Gordon wants to do is to take pictures of celebrities...and maybe to become famous herself. She’s only fourteen, but already her work is sought after by fanzines and websites, and she’s invited to all the best parties. And now she has the chance of a lifetime: She has been invited to spend a week with Willow Twine, taking pictures of the teen superstar’s new chaste life. But when Jamie gets her hands on some sensational shots of Willow, she’s suddenly in over her head. The pictures could make her career—and destroy Willow’s. It seems like everyone’s eager to get their hands on the photos, and Jamie has to decide what she really wants...and what she’s willing to pay to get it.
Todd Strasser has written many critically acclaimed novels for adults, teenagers, and children, including the award-winning Can’t Get There from Here, Give a Boy a Gun, Boot Camp, If I Grow Up, Famous, and How I Created My Perfect Prom Date, which became the Fox feature film Drive Me Crazy. Todd lives in a suburb of New York and speaks frequently at schools. Visit him at ToddStrasser.com.

"Strasser has written a novel that exposes the magical lure of celebrity...The message is clear, but in a thoughtful rather than preachy way...This is a good read that is taken from today’s celebrity headlines; it should surely hook teens looking for a good story that they can identify with."--Library Media Connection,


"The author, best known for grittier novels, shows impressive range here...this book is likely to be snapped up and make a lasting impression on readers."–School Library Journal

"Strasser rips his story from the headlines as he circles in on how fame elevates, decimates, and utterly alters reality for anyone spinning in its orbit...readers will be caught up in both the glamour and the dark underbelly of fame."--Booklist