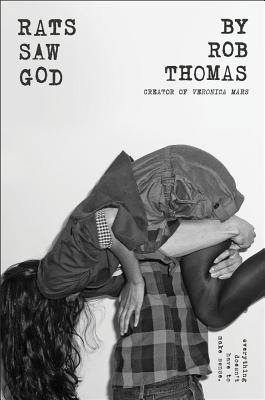 
Special Order—Subject to Availability
Steve details his descent from bright star to burnout in this newly repackaged edition of the definitive, highly acclaimed novel from the creator of Veronica Mars and Party Down.

Houston, sophomore year: Steve is on top of the world. He and his friends are the talk of the school. He’s in love with a terrific girl. He can even deal with “the astronaut”—a world-famous hero who happens to be his father.

San Diego, senior year: Steve is bummed out, drugged out, flunking out. A no-nonsense counselor says he can graduate if he writes a 100-page paper. So Steve starts writing, and as the paper becomes more and more personal, he reveals how a National Merit Scholar has become an under-achieving stoner. And in telling how he got to where he is, Steve discovers how to get to where he wants to be.
Rob Thomas is the creator and executive producer of the television series Veronica Mars. He is also a cocreator and executive producer of the cable television series Party Down. In addition to his television work, Thomas is the author of several young adult books including Rats Saw God, Slave Day, Satellite Down, and Doing Time: Notes From the Undergrad. He lives in Austin, Texas, with his wife Katie, daughter Greta, and son Hank. Visit him at SlaveRats.com.