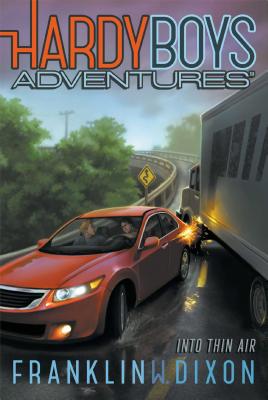 This is book number 4 in the Hardy Boys Adventures series.

When the daughter of an amusement-park owner goes missing, it’s anything but fun and games in this Hardy Boys adventure—a new take on the classic series.

Daisy Rodriguez is missing. Just like that, gone without a trace. Her father, Hector Rodriguez—owner of Funspot, Bayport’s local amusement park—is frantic. He feels he’s to blame, since Funspot was recently the location of another disappearance. Could Daisy’s vanishing be somehow connected? Joe and Frank Hardy figured out the first Funspot mystery and are up to their necks in this one, too. Daisy doesn’t seem to have an enemy in the world; no one has a bad word to say about her. So who in Bayport wants this girl gone?
Franklin W. Dixon is the author of the ever-popular Hardy Boys books.