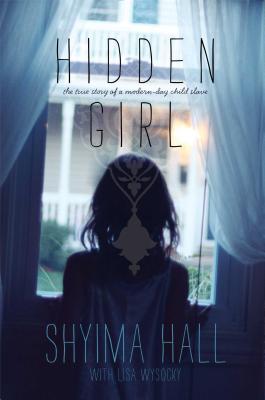 By Shyima Hall, Lisa Wysocky (With)


Not On Our Shelves—Ships in 1-5 Days
An inspiring and compelling memoir from a young woman who lost her childhood to slavery—and built a new life grounded in determination and justice.

Shyima Hall was born in Egypt on September 29, 1989, the seventh child of desperately poor parents. When she was eight, her parents sold her into slavery. Shyima then moved two hours away to Egypt’s capitol city of Cairo to live with a wealthy family and serve them eighteen hours a day, seven days a week. When she was ten, her captors moved to Orange County, California, and smuggled Shyima with them. Two years later, an anonymous call from a neighbor brought about the end of Shyima’s servitude—but her journey to true freedom was far from over.

A volunteer at her local police department since she was a teenager, Shyima is passionate about helping to rescue others who are in bondage. Now a US citizen, she regularly speaks out about human trafficking and intends to one day become an immigration officer. In Hidden Girl, Shyima candidly reveals how she overcame her harrowing circumstances and brings vital awareness to a timely and relevant topic.
Shyima Hall was born in Egypt and sold into slavery at the age of eight. When she was ten, her captors brought her to the United States on an illegally obtained temporary visa, and two years later she was rescued by Immigration and Customs Enforcement officials and moved to a group home. Shyima became an American citizen at age twenty-one and hopes to become an Immigration and Customs Enforcement agent. When Shyima is not working or volunteering at the police station, she enjoys listening to music, watching movies, and spending time with her friends. Shyima lives in Riverside County, California.

Lisa Wysocky is a bestselling fiction and nonfiction author who splits her time between Minnesota and Tennessee. From the mystery The Opium Equation, which garnered four awards, to the award-winning Front of the Class, coauthored with Brad Cohen and aired as a Hallmark Hall of Fame TV movie, Lisa’s many books empower readers.