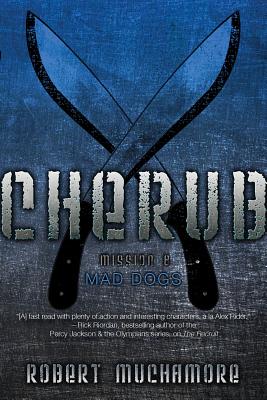 This is book number 8 in the CHERUB series.

Gang warfare gets gruesome in the eighth book of the CHERUB series, which Rick Riordan says has “plenty of action.”

In Mad Dogs, the British underworld is controlled by gangs. When two of them start a turf war, violence explodes onto the streets. The police need information fast, and James has the contacts to infiltrate the most dangerous gang of all…
Robert Muchamore was born in London in 1972 and used to work as a private investigator. CHERUB is his first series and is published in more than twenty countries. For more on the series, check out CherubCampus.com/USA.