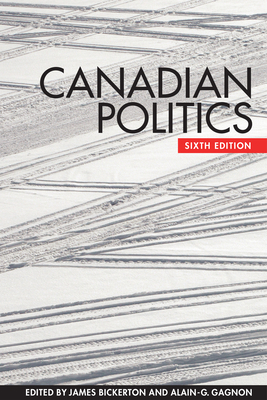 The sixth edition of Canadian Politics offers a comprehensive introduction to Canadian government and politics by a highly respected group of political scientists. For this edition, the editors have organized the book into six parts. Part I examines Canadian citizenship and political identities, while Parts II and III deal with Canadian political institutions, including Aboriginal governments, and contain new chapters on the public service and Quebec. Parts IV and V shift the focus to the political process, discussing issues pertaining to culture and values, parties and elections, media, groups, movements, gender, and diversity. The chapters on Parliament, bureaucracy, political culture, political communications, social movements, and media are new to this edition. Finally, three chapters in the last section of the book analyze components of Canadian politics that have been gaining prominence during the last decade: the effects of globalization, the shifting ground of Canadian-American relations, and the place of Canada in the changing world order. Of the 21 chapters in this edition, 9 are new and the remainder have been thoroughly revised and updated.