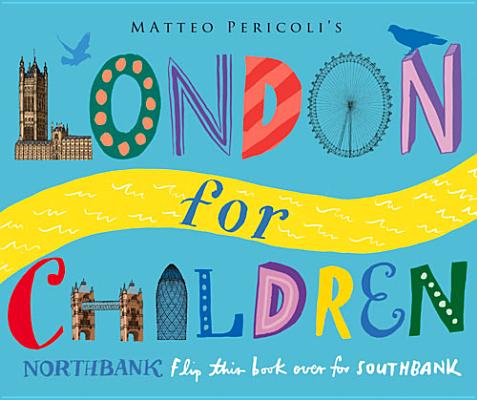 Did you know that a polar bear used to fish near the Tower of London, or that ice bowling on the frozen Thames was once a popular pastime? Enjoy a fascinating, fact-filled journey through London and discover the stories and secrets of one of the largest cities in the world in this fun, dynamic timeline-style history. Matteo's astonishing project, to illustrate a continuous 20-mile journey along the north and south banks of the Thames, took him two years to complete. Now the two 37-foot-long pen-and-ink drawings can be enjoyed in vibrant color, with eye-opening (and eye-watering) facts; from the battles of Roman London and the Princes in the Tower, to the Gunpowder Plot and the great Victorian stink!

Matteo Pericoli is best known for his illustrated books of New York, where he lived from 1995 to 2008, such as The City out My Window, Manhattan Unfurled, and World Unfurled. He has been profiled on CBS Sunday Morning and Fresh Air; his work is published regularly in the New York Times; and he has also been published in Harper's, the New Yorker, Sports Illustrated, and Vanity Fair. His other projects have included cover artwork for Colum McCann's Let the Great World Spin, cover artwork for the Beastie Boys' To the 5 Boroughs, and a 397-foot-long panoramic mural at John F. Kennedy Airport.