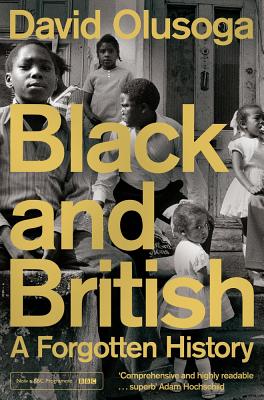 
In Stock—Click for Locations
Drawing on new genetic and genealogical research, original records, expert testimony and contemporary interviews, Black and British reaches back to Roman Britain, the medieval imagination and Shakespeare's Othello. It reveals that behind the South Sea Bubble was Britain's global slave-trading empire and that much of the great industrial boom of the 19th century was built on American slavery. It shows that Black Britons fought at Trafalgar and in the trenches of World War I. Black British history can be read in stately homes, street names, statues and memorials across Britain and is woven into the cultural and economic histories of the nation. Unflinching, confronting taboos and revealing hitherto unknown scandals, this book describes how black and white Britons have been intimately entwined for centuries.
David Olusoga is a British-Nigerian historian, broadcaster, and a BAFTA award-winning presenter and filmmaker.
"You could not ask for a more judicious, comprehensive and highly readable survey of a part of British history that has been so long overlooked or denied. David Olusoga, in keeping with the high standards of his earlier books, is a superb guide." —Adam Hochschild, author, King Leopold's Ghost