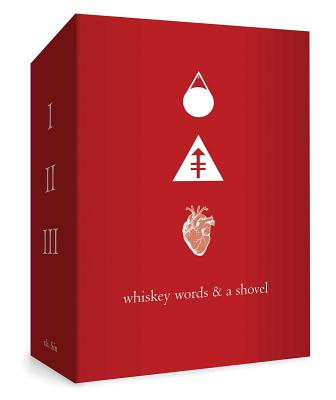 
Not On Our Shelves—Ships in 1-5 Days
Brimming with raw emotional energy, this beautiful box set collects all three volumes of r.h. Sin's groundbreaking debut series.

Volumes I-III of the Whiskey, Words & a Shovel series in a sleek slipcase. This box set contains the following titles:

Born in New Brunswick, N.J., and later moving to Florida, r.h. Sin comes from a place where a life of pain is the norm and destruction is a constant. Through an early love for reading and writing, r.h. Sin was able to pull away from some of the social distractions that plagued so many of his peers. After returning to the Northeast and moving to New York in pursuit of love, the young modern poet found that and much more.