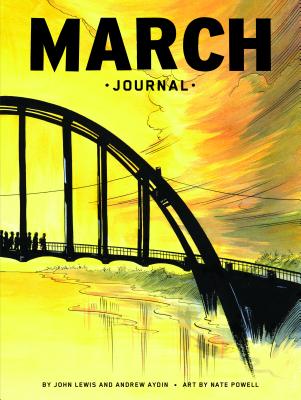 
In Stock—Click for Locations
This journal celebrates the words and artwork of MARCH, the New York Times bestseller about the life of Congressman John Lewis.

Fully illustrated, the MARCH Journal encourages a new generation of activists to dream, plan, and fight for the causes they care about. Contents include:


• An introduction by Andrew Aydin
• Pages to record contact information for government officials
• Inspirational words and artwork from MARCH throughout
JOHN LEWIS is the United States Representative for Georgia's Fifth Congressional District and an American icon widely known for his role in the civil rights movement.