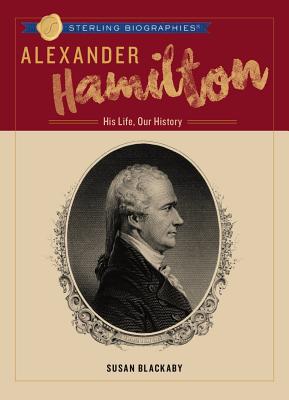 
Special Order—Subject to Availability
Patriot, soldier, lawyer, founding father, nation builder, and statesman: Alexander Hamilton was all those things and more. This fascinating biography introduces this prominent and popular figure in American history to children. Filled to the brim with photos, quotes, and maps, Alexander Hamilton is sure to be a hit with fans of both history and the smash Broadway musical. Engagingly written, it follows Hamilton from childhood to his tragic death, focusing on his hard work, cunning, and opportunistic zeal. It also shows Hamilton's darker side; his recklessness and the tragedies that ultimately kept him from even greater heights.
Susan Blackaby is the author of numerous books for young readers, including Sterling's Brownie Groundhog and the February Fox (praised in a starred review by School Library Journal as "particularly endearing . . . delightful"), its sequel Brownie Groundhog and the Wintry Surprise, and Sterling Biographies(R) Cleopatra, as well as a poetry collection, Nest, Nook, and Cranny (Charlesbridge), which won the 2011 Lion and Unicorn Award for Excellence in North American Poetry. She lives in Portland, OR.