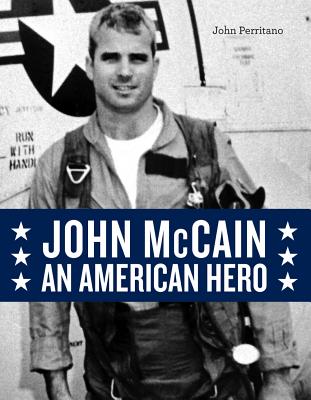 
Special Order—Subject to Availability
"Young readers will be moved by this biography of Arizona senator John McCain." --Booklist This insightful biography of John McCain helps young readers understand how a true American maverick has influenced the Senate--and our country's politics--always on his own terms. Known for his willingness to stand up to his own party, Senator John McCain has sometimes been called a "maverick." This fascinating biography covers McCain's life, from growing up as the son of a four-star admiral to his own time at the Naval Academy, his service as a pilot, and his experience as a prisoner of war. It explores McCain's 30 years as a senator, as well as his two bids for the presidency. Filled with photographs, and written in an engaging voice, John McCain will appeal to a generation of kids ages 8 and up eager to understand more about one of our nation's most iconic political forces.
John Perritano is an award-winning journalist, writer, and editor from Southbury, CT. He has written numerous history books and biographies for young adults and adults, and his work has been published by Time/Life, National Geographic, Scholastic, and others. He holds a Master's Degree in American History.