G.O.A.T. - Simone Biles: Making the Case for the Greatest of All Timevolume 3 (Paperback) 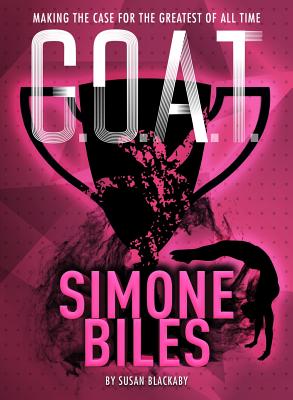 G.O.A.T. - Simone Biles: Making the Case for the Greatest of All Timevolume 3 (Paperback)


Special Order—Subject to Availability
Who is the greatest gymnast of all time? This stunning book, filled with color photographs and fascinating facts, makes the case that it's Simone Biles G.O.A.T. stands for Greatest Of All Time--and it takes lifelong dedication, nonstop work, and unbelievable talent to even be considered for the honor. In the world of gymnastics, that athlete is Simone Biles, who in 2018 became the first American to win a medal at every event in the World Championships, garnering four golds, a silver, and a bronze. And that's in addition to her Olympic golds for best individual all-around, vault, and floor, along with the US team gold. Find out all about the powerhouse gymnast in this fun book packed with stats, sidebars, and details about her journey. Sports-crazed kids will love it.
Susan Blackaby is the author of numerous books for young readers, including Sterling's Brownie Groundhog and the February Fox (praised in a starred review by School Library Journal as "particularly endearing . . . delightful"), and its sequel Brownie Groundhog and the Wintry Surprise, as well as a poetry collection, Nest, Nook, and Cranny (Charlesbridge), which won the 2011 Lion and Unicorn Award for Excellence in North American Poetry. She lives in Portland, OR.