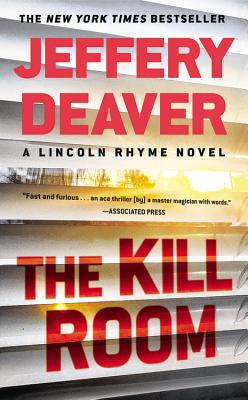 This is book number 11 in the A Lincoln Rhyme Novel series.

It was a "million-dollar bullet," a sniper shot delivered from over a mile away. Its victim was no ordinary mark: he was a United States citizen, targeted by the United States government, and assassinated in the Bahamas.
The nation's most renowned investigator and forensics expert, Lincoln Rhyme, is drafted to investigate. While his partner, Amelia Sachs, traces the victim's steps in Manhattan, Rhyme leaves the city to pursue the sniper himself. As details of the case start to emerge, the pair discovers that not all is what it seems.
When a deadly, knife-wielding assassin begins systematically eliminating all evidence--including the witnesses--Lincoln's investigation turns into a chilling battle of wits against a cold-blooded killer.

Jeffery Deaver is the #1 international bestselling author of over thirty novels and three collections of short stories. His books are sold in 150 countries and translated into 25 languages. His first novel featuring Lincoln Rhyme, The Bone Collector, was made into a major motion picture starring Denzel Washington and Angelina Jolie. He's received or been shortlisted for a number of awards around the world. He lives in North Carolina.