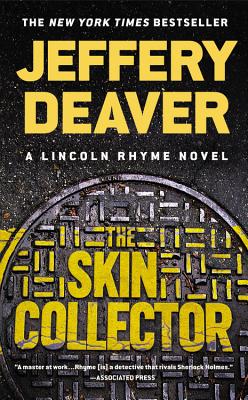 This is book number 12 in the A Lincoln Rhyme Novel series.

Now, a new killer is on the loose: a criminal inspired by the Bone Collector. And Rhyme must untangle the twisted web of clues before the killer targets more victims-or Rhyme himself.

The killer's methods are terrifying. He stalks the basements and underground passageways of New York City. He tattoos his victims' flesh with cryptic messages, using a tattoo gun loaded with poison, resulting in an agonizing, painful death.

When a connection is made to the Bone Collector-the serial killer who terrorized New York more than a decade ago-Lincoln Rhyme and Amelia Sachs are immediately drawn into the case.

Rhyme, Sachs, and the NYPD must race against time to answer the many questions the investigation uncovers: Whom will the killer attack next? What is the message behind the victims' tattoos? Does the killer's own inking--a fanged centipede sporting a woman's face--hold any significance? And what is his ultimate mission?

As time runs out, Rhyme discovers that the past has returned to haunt him in the most troubling way imaginable...
Jeffery Deaver is the #1 international bestselling author of over thirty novels and three collections of short stories. His books are sold in 150 countries and translated into 25 languages. His first novel featuring Lincoln Rhyme, The Bone Collector, was made into a major motion picture starring Denzel Washington and Angelina Jolie. He's received or been shortlisted for a number of awards around the world. He lives in North Carolina.