Character: The Art of Role and Cast Design for Page, Stage, and Screen (Hardcover) 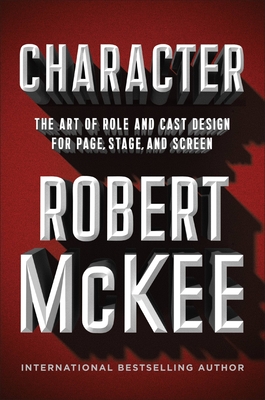 Character: The Art of Role and Cast Design for Page, Stage, and Screen (Hardcover)


In Stock—Click for Locations
The long-awaited third volume of Robert McKee’s trilogy on the art of fiction.

Following up his perennially bestselling writers' guide Story and his inspiring exploration of the art of verbal action in Dialogue, the most sought-after expert in the storytelling brings his insights to the creation of compelling characters and the design of their casts.

CHARACTER explores the design of a character universe: The dimensionality, complexity and arcing of a protagonist, the invention of orbiting major characters, all encircled by a cast of service and supporting roles.

Robert McKee, a Fulbright Scholar, is the world's most sought-after author and lecturer in the art of story. His writing seminars have earned him an international reputation. The cornerstones of his teaching are Story and Dialogue. Translated into 23 languages, these singular works have defined how we talk about the art of storytelling. Over the last 35 years, he has mentored screenwriters, novelists, playwrights, poets, documentary makers, producers, and directors. The list of McKee alumni includes the winners of over 70 Academy Awards, 250 Emmy Awards, and 100 Writers Guild of America Awards, as well as recipients of the Pulitzer, Booker, Olivier, and other major prose and playwriting prizes.