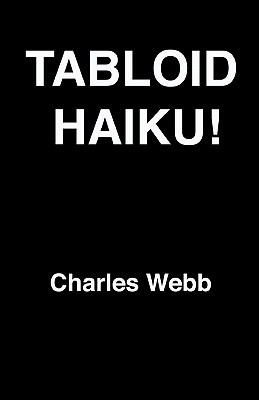 
Not On Our Shelves—Ships in 1-5 Days
(This book cannot be returned.)
TABLOID HAIKU Is a collection of haiku based on tabloid headlines. The inspiration for composing these haiku came to me one afternoon while standing in a supermarket checkout line listening to a fellow customer read loudly from the Weekly World News. Off the wall and beyond the fringe pulp poetry resonated down the supermarket aisles as the man read through the paper, then folded it neatly and placed it back on the rack. Haiku immediately came to mind, since the utter strangeness of many of these gems gave them an almost koan-like quality.
Charles Webb owns and operates a film, video and digital media production company in San Francisco. He has written, produced, directed and photographed projects in the United States, Europe and China that encompass diverse genres, including national TV commercials; documentaries (The Black Panthers/ "George Jackson Lives", "The Grateful Dead Movie", martial artists in the People's Republic of China, etc.); and nationally released independent features. Charles Webb also holds a masters degree in psychobiology from the University of Pittsburgh with a specialty in sensation and perception. He was a published researcher in this field before moving into media production. Charles Webb created the "reality handling" method known as Cinemorphics, which uses film and theater techniques for the re-writing, re-directing, re-producing, etc. of one's persona...ego...self.