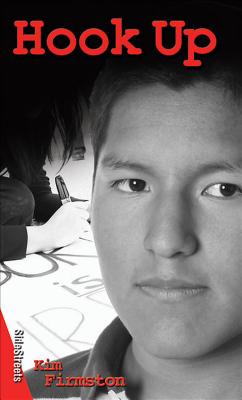 Cody Manywounds's intentions are good, but it seems that every time he makes one little mistake, he gets caught. He got into some serious trouble with his friends a while ago, but since then, things have been looking up--his grades are good, his girlfriend is hot, and the escape to university (and more girls) is just around the corner. Then it all comes crashing down with a single text message: I'm pregnant. Call me.: ) When Cody's girlfriend decides to get an abortion, he finds himself dealing with conflicting emotions--and discovers how little a say he is given in the matter.

KIM FIRMSTON is a writer and creative writing instructor in Calgary, AB. Her short story "Life Before War" was shortlisted for the 2008 CBC Literary Awards. She is also the author of the SideStreets novel Schizo, a Canadian Children's Book Centre Best Books for Kids and Teens starred selection. This is her second book for teens.