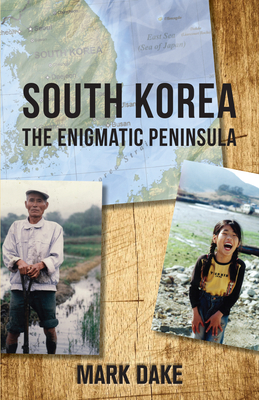 
Not On Our Shelves—Ships in 1-5 Days
A Bill-Brysonesque romp through this often-overlooked travellers' gem of East Asia.

For seventeen years, journalist, teacher, and coach Mark Dake has called South Korea home. Now, with his longtime Korean friend Heju, he sets out on a four-month, ten-thousand-kilometre road trip, determined to uncover the real country. From the electric street life of Seoul to the tense northern border, where deadly skirmishes still erupt, the pair's shoestring, wing-and-a-prayer trek takes them well off the beaten trail and across the complicated nation. Along the way are prisons, dinosaurs, anthropology, history, marine life, art, and abundant nature. There are Buddhist temples, fairgrounds, palaces, national parks, bridges, historical sites, forts, churches, and cemeteries.

Whether standing amidst ancient stone tombs and religious architecture unrivalled in Asia, or at military briefings under the steely eyes of North Korean sentries, Mark and Heju are tireless explorers in search of the culture, geography, and beauty of this enigmatic peninsula.
Mark Dake has worked as a sports reporter, a tennis coach, and a copyeditor. From 1995 to 2012, he worked as an ESL teacher in Seoul, Korea, and he has travelled through thirty-five countries in North and South America, East Asia, and Europe. Mark lives and works in Seoul, South Korea.