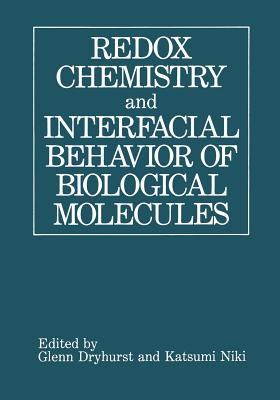 
Not On Our Shelves—Ships in 1-5 Days
(This book cannot be returned.)
The papers in this book were presented at the Third International Symposium on Redox Mechanisms and Interfacial Properties of Molecules of Biological Importance held in Honolulu, Hawaii between October 19-23, 1987. This Symposium was held as part of the 172nd Meeting of The Electrochemical Society which was cosponsored by The Electrochemical Society of Japan with the cooperation of The Japan Society of Applied Physics. The aim of the Symposium was to bring together a group of electrochemists and bio-medical scientists with interests in electrochemistry from around the world to present their most current research results and/or to present up-to-date reviews of current areas of research activity. It is quite clear from the diversity of topics covered in the various papers that electrochemistry and electrochemical techniques and principles have much to contribute to our under- standing of many important biochemical phenomena. For example, electrochemical studies are providing important insights into the redox properties of biomolecules ranging from relatively small organic molecules such as indoleamine neurotransmitters to very large organic/organometallic molecules which include various redox enzymes or model enzyme systems. Many of the most powerful analytical techniques are now being coupled to electrodes to monitor potential-controlled behaviors of bio- logical molecules at charged interfaces. Electrochemical techniques are now being developed which permit extraordinarily small electrodes to be inserted into single cells to monitor electroactive biomolecules. Other microelectrodes are being employed to control cell growth and to manipulate single cells.