At the Crossroads of Justice: My Lai and Son Thang-American Atrocities in Vietnam (Paperback) 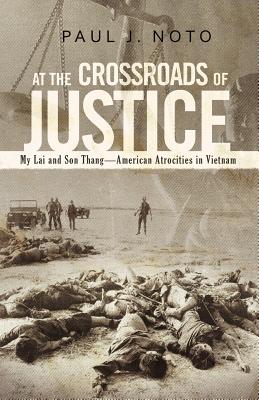 At the Crossroads of Justice: My Lai and Son Thang-American Atrocities in Vietnam (Paperback)

Vietnam is remembered as the war that divided a nation and scarred a generation. While the vast majority of American personnel in Vietnam served honorably, a few highly publicized atrocities tarnished the reputation of the military. In At the Crossroads of Justice: My Lai and Son Thang-American Atrocities in Vietnam, author Paul J. Noto analyzes two of those incidents-My Lai and Son Thang-against the backdrop of a flawed military justice system and an arrogant and inept civilian and military leadership that failed to articulate a coherent military strategy to win the war. Noto shows that failure of leadership contributed to problems of command discipline, racial tension, drug abuse, and general disregard for military protocol. His study examines these issues and describes how ordinary American boys became cold-blooded killers seemingly overnight, what combination of factors led to these tragic events, and how the military can prevent them from happening in future conflicts. By studying these crimes and the judicial process that followed, Noto provides an insightful analysis of the related issues and how they have impacted military training to the present day.