"It's Lonely Here in Hell": Love Letters from Nam (Paperback) 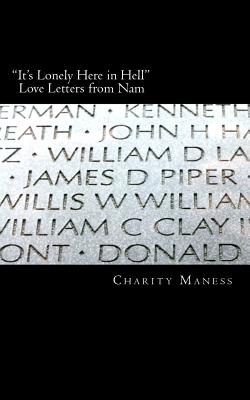 "It's Lonely Here in Hell": Love Letters from Nam (Paperback)


Not On Our Shelves—Ships in 1-5 Days
(This book cannot be returned.)
"It's Lonely Here in Hell" Love Letters from Nam is a collection of love letters written by PFC James Dennis Piper to his wife Michelle Piper while serving in the US Army during the Vietnam War. On April 11, 1967 young Michelle was left a widow when James was killed in action by small arms fire in the Binh Dinh Province. Each letter is carefully transcribed and historical content is then added to place the reader at that time and place in history.
Charity Maness lives in a small community in the Sierra Foothills of Northern California. Charity's interest in supporting Veterans began when in an effort to help her USMC son coming home from the Middle East transition, she began a movement to form a VFW Post in her small town. Through working with the many local veterans of foreign wars she developed a love of their stories, their courage and their devotion to country. When the opportunity arose to honor one of their fallen, she welcomed it with open arms.