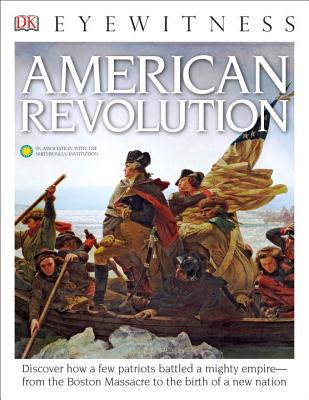 Be an eyewitness to the American struggle for independence. Discover how a few brave patriots battled a great empire, plus see the muskets and cannons of the armies, learn how soldiers were drilled, and find out why Yorktown was not the end of the Revolution.

Each revised Eyewitness book retains the stunning artwork and photography from the groundbreaking original series, but the text has been reduced and reworked to speak more clearly to younger readers. On every colorful page: Vibrant annotated photographs and the integrated text-and-pictures approach that makes Eyewitness a perennial favorite of parents, teachers, and school-age kids.

Stuart Murray is a former journalist and book editor and the author of more than 40 books. He has written a number of historical novels, and he was the founding editor of Bantam's Stagecoach series of Westerns under the name Hank Mitchum. Murray worked on a number of DK Eyewitness titles, including American Revolution, Vietnam War, and Wild West.