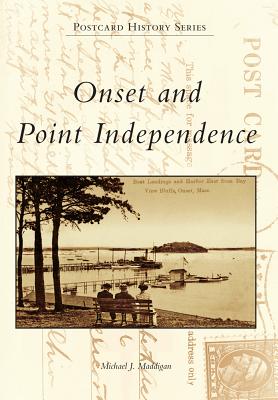 
Special Order—Subject to Availability
Inaugurated in 1877 as a camp meeting ground by eastern Massachusetts residents who believed in communication with the dead, Onset quickly emerged as the nation's leading spiritualist summer community. By 1900, however, spiritualism had been overwhelmed by an influx of tourists, and Onset subsequently developed as a secular summer resort noted for its scenic bluffs, recreational pursuits, and beaches. At this same time, neighboring Point Independence found wide appeal among middle-class vacationers interested in swimming, sailing, and relaxation.